Black Friday. The government steps in and shuts down the major sites.

I sure hope I get my damn money back but I'm not counting on it.

I see a lot of strange stuff on the internets. Thought I'd share this bizarre video of Drunken Midgets Run Amok:

"It's a kinder, gentler Iggy now," says I to GRob at the poker table in GVegas.

He raises, insults with aplomb while running over the table, and retorts, "Nature abhors a vacuum." 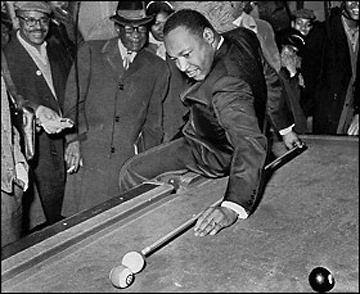 Poker + Blogs. Put the two together and you have less than what you started with.

That's why Greg Raymer mentioned me first way back in the day when asked what poker blogs he read. Back when I mattered.

I just cracked open an ice cold Guinness and it sure feels like old times. I have a ton of out-dated poker notes and I'll be damned if I don't feel like cranking em all out.

But just to amuse BG, I won't. Not tonight.

A few thoughts. Anyone else getting stoked about the impending Vegas get together? This is the fifth year in a row that this stellar group of degenerates are getting together to do what we do. And we do it well, thank you very much.

A few links are in order. First of all, major kudos to April for taking care of our poker tourney at Ceaser's. Here's her post: WPBT Winter Poker Classic

And yes, the Hammer Trophy for the winner has been ordered. Did I mention that uber-blogger, Otis, came through per always as PokerStars is adding 2 grand to the prize pool for us? Too sweet.

CJ has been taking care of biz, as well, in his long awaited return to the fold. Here's his post from tonight: WPBT Sunday at the Sportsbook

And I can't forget Al's post: Prepare yourself WPBT-style. Ignore it at your own peril.

Quick update on MMAjunkie.com. Despite nearly every belt-holder sick or injured and not able to fight anytime in the near future, our traffic and market share is outstanding and we're looking to aggressively expand in 2010. Our iPhone app should be done in a few weeks as well as a few other goodies I can't write about yet.

I think most folks who have read this humble poker blog over the years realize that I'm much more comfortable being Oz behind the curtain than pimping myself out there on the interwebs. It comes with the territory when you are a Little Person.

But alas, the infamous Shoemoney has been trying to get me on his show for quite a while now. Being bashful (and terrified), I've always refused. He still is terribly confused why I wouldn't want to do this. Apparently no one has turned him down before. Multiple times.

So in his last request this week, he had set up a webcam video interview with me. His other featured interview? Ben, the guy who started LOLCats, or ICanHasCheezeBurger. Am I ashamed to state that I hit that site every day? Hell no.

Now I've partied down with Jeremy at the last UFC event here in Cincinnati, and he never once mentioned the fact that I was a dwarf and had obvious physical handicaps. In fact, quite the opposite. He had zero issues with giving me a boost into the tall bar chairs. A stand up dude who just loves/lives internet marketing, and to a lesser extent, the UFC. I won't point out here how the bastard tried to compete with me on his own MMA site and wisely gave it up because then I'd have to link to his shitty site and fuck that.

But once I realized that my tiny frame would be seen by God knows how many hundreds of thousands of people in the webcam video, I quickly articulated to him my concerns. He realized that my physical appearance would get in the way of the actual interview itself and agreed to do an audio interview instead.

So anyway, I'm just sitting here waiting till next Thursday when I fly into Vegas and get to hang with my tribe.