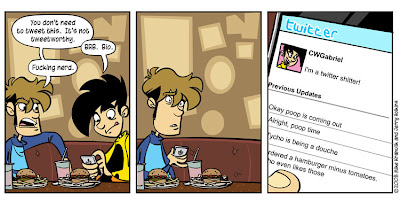 I had a poker thingy to post but then my wife sent me some photos of the farm where we live.

Don't let this fool you. This farm is smack dab in the heart of Cincinnati -- 130 acres of pastoral goodness in the city. It's an odd living situation that I'm afraid has ruined me. I don't think I can ever live in a place where I have neighbors ever again.

Anyway, here's a few shots -- I'm waiting for her to send over some of the indoor riding arena. The main barn here was built in 1912 by Germans. And the pasture pic has one of my ponies up front and center.

You can click them for the larger version, I think. 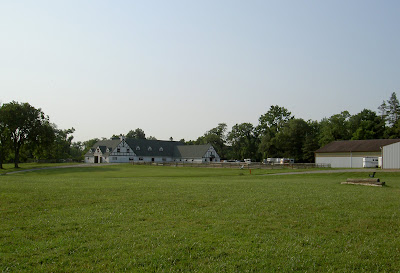 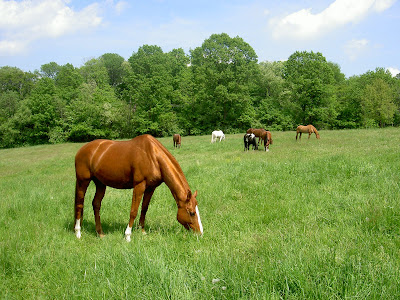 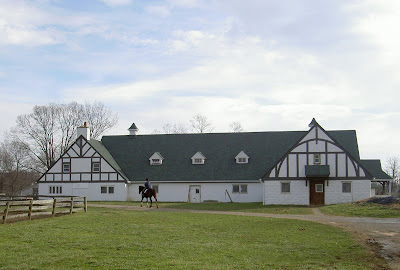 "I don't particularly give a shit about trying to beat moderately tough games. I'd rather stay home and jerk off."
Gary Carson

God bless you, Gary, for summing things up so succinctly.

You wouldn't know it by reading this humble poker blog, but I've actually been playing a decent bit of poker lately. And it's just having fun or multi-tabling a few while I'm doing some reading -- nothing serious in stakes or goals, which is nice.

But it's strange. And difficult for me to articulate. Poker and I were once the best of friends. But I'd call the relationship downright standoffish these days.

Am I still suffering from burnout? Sure. Real life issues in the way? Absolutely.

But damn, I still love our game. And so I keep waiting for the spark to be rekindled into flame and it just hasn't happened yet.

I'm certain it will, eventually. I've always been a stickler about taking breaks from poker -- this one is just longer than usual.

Being that spring is finally here, I wore a shirt to work that I wore to Vegas in December for the blogger thingy.

And yes, it had a little golden hammer pin stuck on it.

I'm in a weird funk about all this.

I went to a happy hour reunion from the ad agency I worked at for many years and a lot of people showed up. It was fantastic seeing some old colleagues and better yet, friends.

But it's funny how I'm now the 'guy who quit work to go play poker'. That's not the prism through which I viewed myself after eight years of busting my ass there.

So I've been channeling that guy lately. And that's fucked up.

Playing thousands of hands a day if I had the sobriety stamina. Talk about boring.

But that wasn't it, really.

It was the thinking about poker.

I can't possibly articulate how much energy I put into poker. Well hell, maybe this blog is a representation of that. Or, it used to be, anyway.

That speaks for itself. In a bad way, of course. Poker blogs are gay.

And so I asked my wife about it -- a year and a half after going back to work -- what she thought about the above. Playing poker for a living.

And her answer didn't surprise me one iota. She's almost always right after all.

I missed people for one. And spending time at the table trying to psychologically skullfuck people out of their money doesn't count as quality time in my book.

She pointed out the weeks on end that during the day, I just slept, because I had played all night. Or quietly miserable and on the couch because I was mired in a losing streak.

The way it changed the way I fundamentally looked at money.
The healthy lifestyle and people you spent time with.
Feeling like a gash for preying on others.
The unfettered drinking.

Ah, the wife of a poker widow.

I read Hoy's blog snippet about why he loves poker and his obsession with it and I could completely relate. Something about the game of poker is profoundly fascinating to me on multiple levels. And it's easy to romanticize.

But the reality of it is quite bleak, from my experience.

So many people have written about the dark side of poker better than I ever could, Jesse May, Pauly & Otis, to name a few of the best. I don't know why I bother, so I'll simply stop this train of thought.

I guess playing poker for a living just sounds so freaking cool.

But most of the time, you're either getting kicked in the nuts at the table or drinking morosely on the couch.

Honestly, I just want to get back to the hobby I've loved. But maybe this is the price you pay when you turn a beloved hobby into a job.

Funny that I enjoy live poker much more now. When I was playing, I just kept thinking about how it was costing me money (versus playing online), which is a sure sign of heading down a slippery slope.

But one thing that puts me on tilt at the tables at the boat are these old guys putting these little tubes of Crystal Light into their water.

There should be a rule hung up in all poker rooms:
THERE IS NO FUCKING LEMONADE IN POKER!

I was just gonna end this post, but fuck it, I'm gonna keep going.

Funny how I used to be the Eye of Sauron with poker blogs. I mean, I was on it for many years. Now I feel like yet another bystander, which is cool, it just takes some getting used to.

But it sounds like there's been some drama around the BBT, and that's to be expected. When Al hooked these incredible WSOP prize packages together, it was bound to lead to an influx of new blood, some serious competition and some folks getting pissed.

If there's one thing many of us are good at, it's having an opinion, for better or worse. And hey, when the community grows this damn huge, we're gonna have disputes and personality conflicts. It's cyclical and happened many times before.

Nothing to see here. Move along.

I truly feel like a loser for not participating in the BBT - its only lack of time, nothing else. I humbly apologize because it's one of the best things to ever happen to members of this community, such as it is.

Thanks again, AL, for putting it together. And let's pull for AL not to get Dooced.

Humour me as I do some quick random poker linkage.

Anyone remember the ancient 2006 lawsuit between 'celeb' poker players and the World Poker Tour? I wrote about it here in August of 2006: WPT Lawsuit.

Wow, that was strange to read a bit of that old uber. Oh the humanity, indeed.

Anyway, here's the press release from the WPT as they settled the suit: WPT Enterprises, Inc. and Poker Players Settle Lawsuit

I'd also recommend Ami Calstri's fine perspective on this mess (as well as some Brandi thoughts) on this post: Too Little Too Late.

This news is over a week old, but hell, I still think it's important to US poker players. I read about this on 2+2 after a friend of mine who uses ePassporte emailed me: ePassporte reportedly pulls plug on US players

Not good. And contrary to the hope and speculation that this anti-poker legislation will be repealed soon amongst the glass-half-full crowd.

I still think we're years away, myself. I can only hope I'm wrong. 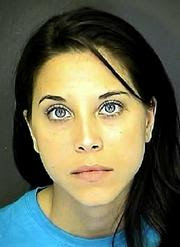 Another week old news item is this crazy shit: Card dealers could draw years in prison, hefty fines. Damnit, why don't we have cute girls like this dealing at my boat?


I almost inserted a political link here but showed admirable self-control in deleting it. I think I'm making significant progress in my recovery back to all things poker.

Here’s a pretty funny article from a Houston paper about three independent candidates for President, including one who is a friend of mine. Wow, some serious crazy bastards out there. I'll leave it you to figure out which one is my guy: Never fear! Political Underdogs are here!

Pauly already linked it up but because I heart SnailTrax, here it is: The Long Post

And I'd be remiss if I didn't note Derek's Las Vegas recap of gambling and strippers done in his inimitable style. March Madness 2008

WickedChops got an interview with my hero, Paul Phillips, but it was way too short for my liking. WCP Goes Heads-Up With Paul Phillips

From the WTF Department here at Guinness and Poker I saw this recent study that showed Atlantic City tops Vegas in hospitality and satisfaction service.

Jonathan Barsky, CEO of Market Metrix, had one word to describe that difference: "Wow."

Good God, I was talking to a co-worker about poker. Yes, he plays and loses. Wanted some insight.

What did I send him? Ismet Fekali? David Sklansky? Gary Carson?

Hell no. I sent him some TuffFish.

I almost tossed up my forgotten Absolute Poker rant I just now found in my notes. I'm still VERY angry about this, and mostly for the lack of outrage in the poker community. We get what we deserve.

Interesting though. I found this old 2+2 thread entitled: Favorite threads on 2+2. It's got everything from David Ross to Ed Miller. If you feel like Destroying Some Workplace Productivity, this is the place to do it.

I think that's all I've got time for. I truly wish I could uber it up all old-school but I'm just taking baby steps right now. It's tough compartmentalizing your life.

It goes without saying that MMAjunkie.com has been taking up an inordinate amount of my time. I'm freaked out a bit because Dann, the Editor in Chief at Junkie, has begun taking flying lessons, damnit. He's an adrenaline mainliner, that one, and poker couldn't satisfy his primal urges.

For the 1% of you out there who are somehow UFC fans, there's an excellent feature story in the new Forbes magazine about the UFC and their moneymaking ways:
Ultimate Cash Machine

Alrighty then, I realize this is a crappy post, but it's a start to getting back to the Old Ways.

In lieu of a link of the day, I'm gonna kill myself trying to upload the following photo dump.